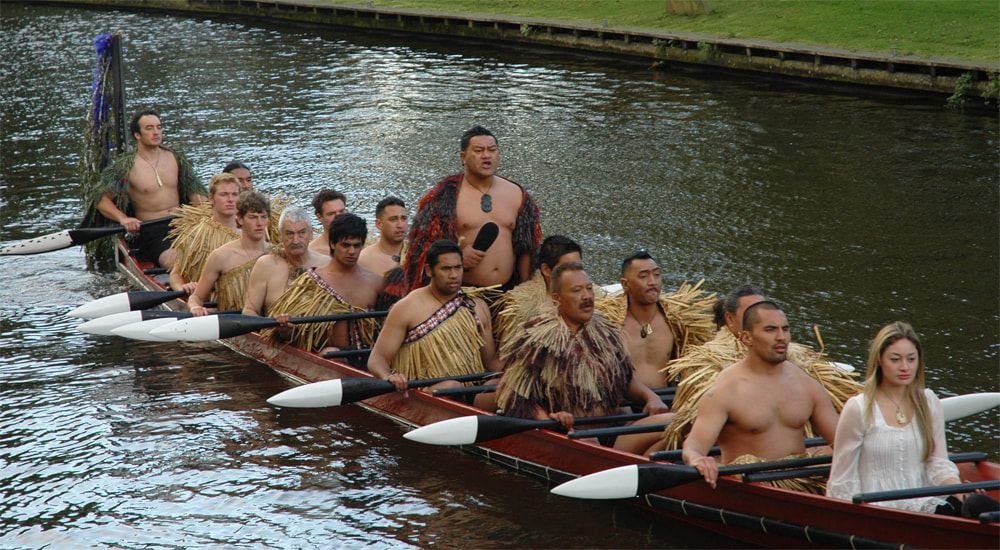 This waka is used a vehicle for promoting contemporary Māori arts on the world stage in Europe. Since handing over the waka to the Dutch in an elaborate ceremony on the picturesque Dutch canals during October 2010 in Leiden, it has been used in the following events;
​Toi Māori have also used other ceremonial waka taua as an iconic  feature to promote Māori arts globally;
Since 2010 Dutch rowers who have been trained as kaihoe for Te Hono ki Aoteaora have been hosted at the annual national waka pageant at Waitangi.