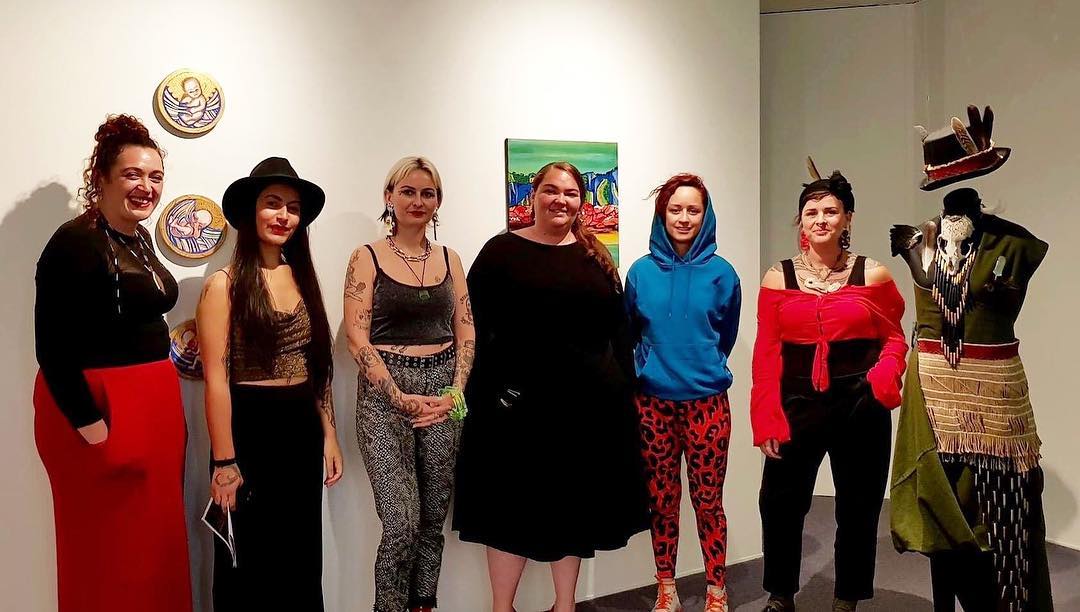 For some of us, time is a deep past, a focus in the future or even an abstraction that cannot be reached by human fingertips.

Hine Pae Kura is a collective of Māori female artists based in Pōneke & Porirua, Aotearoa. Although most of us have known each other for many years, we began working together as a collective in 2015 under the name ‘Toi Wāhine’. From 2015-16 we were based in Porirua, where we occupied and shared an exhibition space with our community and hosted numerous art events.

In 2017, we refocussed our collective efforts, and reformed as ‘Hine Pae Kura’. From this focus, came the whakaaro that underpins who and what Hine Pae Kura is. For us, she is the in-between space, the line between life and death, old and new and conscious and subconscious.

Through our exploration of contemporary and traditional indigenous art forms, we try to embody that essence of Hine Pae Kura to ensure that our works are reflective of this time. We have used this kaupapa to occupy our platforms as Māori women, who collectively and individually create Māori art, stories and images.
​
Although we have shared this space with many other Māori female artists, our founding members are Miriama Grace-Smith, Xoë Hall, Keri-Mei Zagrobelna, Sian Montgomery-Neutze, Pikihuia Haenga & Rangimarie Sophie Jolley. Over the past three years, we have exhibited collectively / contributed to collective exhibitions in Porirua, Wellington, Tāneatua, Auckland, Melbourne & New York.